A few days ago I found myself collapsed onto the couch. It wasn’t even 10pm yet, but there I was, completely exhausted as if I had been running a marathon all day. I temporarily had a hypochondriac moment in which I thought that the only logical reason for me to feel this way was because I must be dying, but once the drama subsided, I realized that my exhaustion was completely understandable. From 7am until 8pm every single day I am chasing around a toddler who thinks that crushing his cheddar bunnies into the carpet with his construction truck is the coolest thing ever. I clean up an average of 32 messes a day, cook multiple meals, tame more tantrums than I can count, change a ridiculous amount of stinky diapers (like really, how does a 30 pound kid poop so much?), work out, and so on. Even sitting down to pee for 30 seconds becomes a task as my son pulls up a stool to the sink and begins splashing water across the bathroom. Toddlers are busy, unruly creatures, and keeping up with them is an adventure every moment of every day. An often financially tolling adventure…

This leads me to the kaboom incident. Right off the bat, you know any story that involves a toddler and a bottle of kaboom is never going to end well. Thank sweet baby Jesus no toddlers were harmed in the making of this story. The carpet however, was. The dishes had been building up in our sink for at least 24 hours and the time had come for me to tackle them. My son, being the sneaky little sneak that he is, seized the opportunity to run upstairs into my bedroom. This happens often, and I thought nothing of it, thinking that I would simply go pull him out of my bed  once I finished the last couple of dishes. But my bed is not where I found the toddler just a few moments later. Instead I found him hiding behind his teepee with a bottle of kaboom. You see, a few hours prior, my husband had been in the bathroom doing some cleaning, like the awesome husband that he is. Not so awesome is that the kaboom was accidentally left on the counter just high enough that to any normal child it may not have been accessible, but to my long-armed-will-stop-at-nothing-toddler, the kaboom was indeed reachable. I grabbed it away from him, feeling incredibly thankful that he hadn’t decided to stick it in his mouth, and feeling proud that my all knowing mommy senses had told me to go check on him sooner than I’d planned. He couldn’t have had the bottle in his possession for longer than 30 seconds, so I simply did a quick look around, and decided that there was no way he could have even had the opportunity to spray it anywhere. The funny thing about kaboom is that it is clear when it is sprayed… And it most certainly is not clear when it dries. The next day, my husband and I walked into my sons room only to discover that a section of his carpet had been permanently turned purple. So that’s that. The kaboom will forever more be out of reach, and our carpet is purple.

On the subject of carpet, there was also a couple of weeks ago when my son grabbed the bottle of honey that I’d just purchased and decided to paint the carpet with it. The entire week prior, he’d had a cute fascination with the bear shaped bottle. He would walk up to it in the pantry and give its little bear face a smooch on the nose, then run away squealing. So, as I stood two feet away from him watching this adorable little routine, I very wrongly assumed that this time would end the same way. But surprise surprise, he grabbed the bottle and took off running. As he made his escape, he had managed to open the top, and drizzle out honey as he went. It was so ridiculous that it was honestly amusing. Although I’m probably only Saying that because the honey came out of the carpet surprisingly easily.

But the chaos has not been limited to the carpets. There’s also the tragic tale of the death of our new cactus. It was nine in the morning and my son had been ‘on one’ already. Needing some relief, I took him outside with the hopes of resetting him. Not even thirty seconds later, he somehow had managed to knock over a fold up table into a shelf, catapulting our new potted cactus onto the outdoor rug. Sad baby cactus flipped upside down, and in the process of trying to pick it up, a little prickly cactus part got lodged in my finger. Broken pot. Massive quantities of soil everywhere. Laughing toddler. Frustrated and temporarily injured mommy.

Keeping up with our toddler has been interesting to say the least. In the last two weeks, we have dealt with the kaboom incident, the honey incident, the cactus incident, a repulsive first time poop in the bathtub incident, a hands in the toilet incident, several tantrums in the middle of the grocery store incidents, the blackberry smearing all over the outdoor furniture incident, and probably a hundred other incidents that I’ve blocked from my memory in an attempt to keep a small fraction of my sanity. In each of these incidents there have certainly been moments of frustration, but the frustration quickly passes as I am reminded that he is just a little guy trying to learn about the world around him and just do his thang. 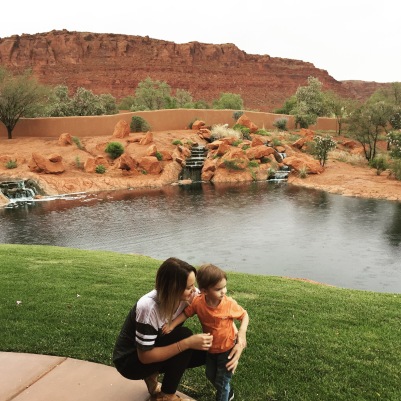 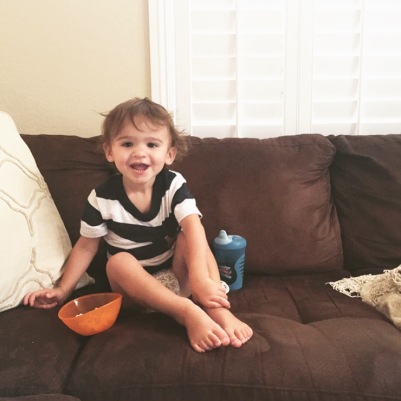 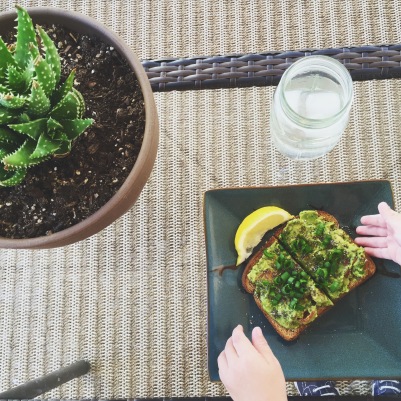 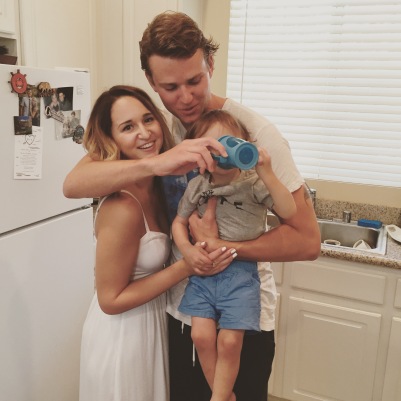