We’ve officially got a threenager on our hands and he certainly seems to have gotten the memo. With all the attitude of a teenager packaged into a toddlers little body, that kid  has been giving me a run for my money these days. With his new age has also come a whole new world of vocabulary and while he thoroughly enjoys arguing with just about everything that I say, I cannot help but to burst out laughing at half the sentences that he manages to put together. One moment the kid has got me on the verge of fuming, the next moment he’s squeezing my face saying “mama, love you soooooooo much!” and in those moments, all I can think is that motherhood is the most amusing and beautiful journey I’ve ever been on.

To celebrate three, we hosted a brunch themed birthday party. I’m fairly positive that Liam would be perfectly down for eating turkey bacon and donuts at every meal for the rest of his life if I let him, so I figured nothing would make him happier than a house full of his favorite people and a table full of breakfast.

I centered the decorations around shades of blue with silver/metallic accents. As always, with the help of Etsy I found a donut banner here for the photo backdrop, and I also found the cake topper and drink stirrers here. For the photo backdrop I used a metallic tassel garland that I found on Amazon.

For food, donuts were obviously the star of the show. I ordered a variety of gourmet  styles from PinkBox donuts, 80% of which were gone in the first hour. I tell ya, say the word “donuts” and people come ready to eat their weight in sugar. Of course there was also turkey bacon–three entire jumbo packages of it because well, people like their bacon just as much as they like their donuts. Keeping with the brunch theme, rather than filling the cupcake stand with cupcakes, I filled it with blueberry muffins and a spinach-artichoke crustless quiche (Pinterest recipes for the win). I made pancakes and as much as I would love to say they were from scratch, given the mass quantity of pancakes that I needed to whip up real quick, I got shake and pour Bisquick (which ended up being such a lifesaver time-wise). To top it all off we had sausage patties, my family’s traditional super chocolate cake, and a bunch of fruit.

No birthday brunch is complete without a mimosa bar for the adults, which is always a hit. We stuck strawberries and raspberries on the drink stirrers, had grapefruit juice and orange juice to offer, and an ice bucket full of champs.

Activity wise, I was able to find the perfect sized kiddie pool on Amazon that we put in the backyard along with water guns and a water table. Put a bunch of kids in a backyard with multiple water activities and they’re happy for hours, it’s awesome. Luckily the weather was on our side and the backyard was actually really comfortable to be in, which is almost unheard of for Vegas in July.

Most importantly, my son had the best time ever. So many of his favorite people were able to make it, he had like 3 donuts and a stack of turkey bacon to himself, and our living room was covered in new toys for three days straight.

This house officially has a three year old, and we are so excited to see the new developments that come with this age. 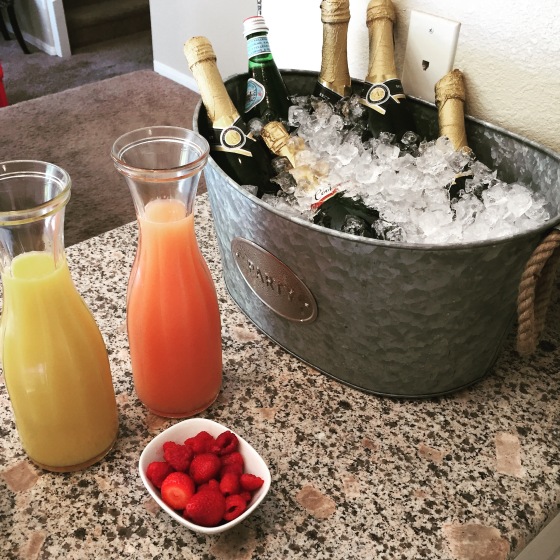 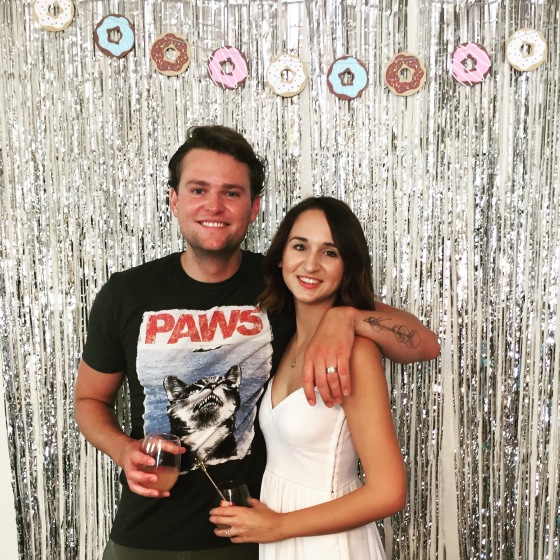